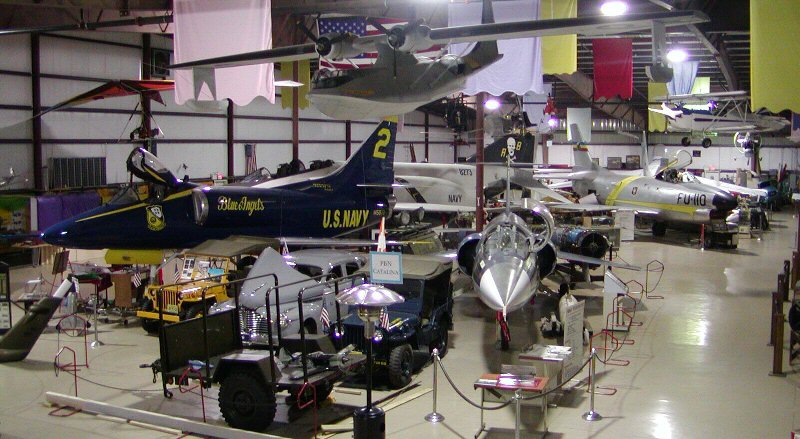 The Air Victory Museum is home to a number of historic Aircraft, Engines, Uniforms, Vehicles and other memorabilia from the first powered flight on December 17, 1903 to Today. Our volunteers are constantly working on new exhibits and maintaining and preserving our collection of artifacts so that future generations can view, enjoy and learn from them.

A wind tunnel, built under the supervision of the Wright Brothers sits next to a large scale diorama of the historic first flight in Kitty Hawk, North Carolina. A flight suit that was donated by Maj. Fred Stankovich, who flew the Number 2 Skyhawk for the Blue Angels, stands next to our A-4C Skyhawk painted to match his aircraft. Captured German and Japanese technology from World War Two as well as a complete Junkers Jumo 004 Engine occupy a corner of the museum.

As you can see, we have a wide range of artifacts that help tell the story of aviation in the past, the present and for the future. Come and take a look around and catch a glimpse into aviation’s past! 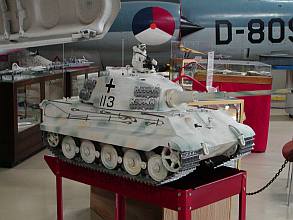 These models are on display in memory of our friend Jeff Davis. 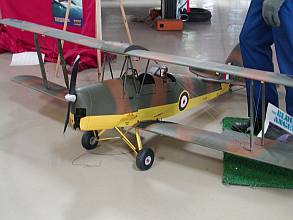 Above is a German Tiger tank.

At right is a DeHavilland Tigermoth